Kannywood Was Fully Transformed Under My Tenure – Mu’azu 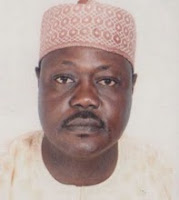 Malam Sani Mu’azu is the outgoing National President, Motion Pictures Practitioners Association of Nigeria (MOPPAN), who is about to complete his second consecutive term in office as its chief executive. MOPPAN as the umbrella of filmmaking business in the North has a wide spectrum and membership across the Hausa film industry practitioners and stakeholders.

Just before the commencement of the transition process into new MOPPAN executives in the forthcoming national convention of the association, Mu’azu comprehended some of his laudable achievements in office. He said, although his tenure was full of ups and downs and legal battles between various members of his association and the Kano State Censorship Board (KSCB), he was able to take the Hausa film industry to the next height, adding that his cabinet dedicated its time in protecting the interest of members of MOPPAN, where they fought the Director-General, KSCB, Malam Abubakar Rabo Abdulkareem in various court cases. Notable among them were cases between Hamisu Lamido Iyantama (Producer) and the case instituted by the Kaduna Filmmakers Association against Malam Abubakar Rabo for alleged defamation of character. He said, “Although, we came in at a time, at the Kannywood was facing a lot of controversies and hullabaloos, we succeeded in taking the industry to the next level. What we did at our foremost mandate was to create awareness. You know a filmmaker ought to have at least a fair bit of intellectuality. So, we embarked on trainings. Also, a series of capacity building has been taken care of, since 2007, MOPPAN engaged it’s members in so many workshops, conferences and so on. Notable among them was development filmmaking organised by our association in conjunction with the French Embassy, who sponsored professionals from across the globe to train the stakeholders in modern filmmaking.” He said.

Mu’azu reiterated that his team also played an important role in making festivals relevant to the stakeholders. According to him, a lot of filmmakers enjoyed mass campaign by his team to attend festivals and professional skills acquisition workshops. “Before we came in, there was hardly a Hausa filmmaker attending festivals, workshops or other film-related events, where hosts of filmmakers come together to share opinions, but with our campaigns and continuous interactions with MOPPAN affiliate members, they have come to understand and since then festivals and events have become very much pertinent to them. A lot of them are now attending BOB TV, shoot training series, and so on.”

In a related development, the outgoing MOPPAN scribe, also commended his cabinet for giving him all the support needed to discharge his duties. He acknowledge the fact that under his regime, MOPPAN was fully recognised by the two top most regulatory bodies in the entertainment industry in Nigeria; the Nigerian Film Corporation (NFC) and the National Film and Video Censors Board (NFVCB), adding that, “We have identified with the NFVCB’s national distribution framework where we enlightened our members on the importance of the framework. MOPPAN has also promoted Kannywood to a national brand by working hand-in-hand with NFC and all other government agencies in film related matters.

The most outstanding achievement recorded by his regime according to the MOPPAN chief executive was the African International Film Resource Centre proposed by his cabinet. “We are very happy to announce that in our bid to see that Kannywood becomes one of the greatest industries in Nigeria to meet up global challenges, we did a thorough survey and study to come up with a proposal for establishing a film resource centre in Kano where we identified Tiga as the proposed site for the project, considering the serene environment and peaceful atmosphere and we hope the Kano state government will now revisit the proposal which suffered set back from the DG-KSCB, Malam Rabo, who feels it is a waste of resoruces.”

Apart from the proposed film village by MOPPAN, Sani Mu’azu also reflected national issues covered by his administration, he said, MOPPAN has written its name with golden pen at the national parley by Nigeria’s movie stakeholders, which took place in Lagos, last year. He said, “In making Kannywood a national player, MOPPAN has signed a Memorandum of Understanding (MoU) with the Coalition of Nollywood Guilds and Association (CONGA), which aims at bringing all professional and non-professional guilds and associations in the motion picture industry in Nigeria under one roof to fight a common objective. Kannywood is now one of the members of this great union.”

The most lucrative and beneficial stride of his tenure, according to him was collaboration of MOPPAN with National Primary Health Care (NPHC) last year, to embark on mass campaign on primary health care diseases, “It was during our tenure that MOPPAN gained yet another recognition to sign an MoU with NPHC in the quest of creating awareness to health issues pertaining primary health care. We invited movie scripts from producers within MOPPAN, which will create awareness to the public on primary health care. The scripts were screened and sponsored by NPHC to commence production. Without saying much, this is quite a step forward for Kannywood,” he said.

Asked whether he encountered limitations or restrictions in the two four year terms, Malam Sani said, the most challenging aspect of his administration was lack of funding with little or no sponsorship. “We have suffered lack of sponsorship. At a point, we continued operating from our. The only support we got was from the cultural department of the French Embassy. Apart from that, the most exigent was the fact that we were being surrounded by court cases here and there and above all, some misconceptions by other stakeholders in the game,” he pointed out.

What are his aspirations and ambitions after this? The eloquently spoken Mu’azu, who is also an actor said he would dedicate himself to his personal project after this mission and if possible, register himself as one of the founding fathers of MOPPAN. “After this mission, I would have enough time to execute my personal projects, which suffered when I was MOPPAN president, you know, you can’t be everywhere, as a leader then, the activities of MOPPAN must have consumed my time, but when I am relieved, I would concentrate on my personal projects and field works,” he concluded.

What are his goals as the outgoing national president of MOPPAN? Mu’azu said his major concern is who will succeed him, “I am very much confident that MOPPAN will go places if, and only if the administration that will succeed us will continue from where we stopped and even go beyond us positively. So, I would want the members to think twice in electing the next president. They should look for a credible and trustworthy person to continue from where we stopped.”

To this end, there is so much 'tub-thumping' and scheming going on about the MOPPAN presidency. Will the delegates adhere to the primary decision agreement of zoning as it was before or will the show be a pied-a-terre format? The biggest question still remains, who is going to succeed the throne at the forthcoming MOPPAN national convention scheduled to hold in Minna, the Niger State capital soon? Only time will tell.