So far how well? 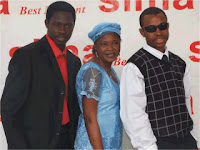 From The Colonial To Digital Era